Posted by Palamours on May 29, 2014
Posted in: Uncategorized. Leave a comment 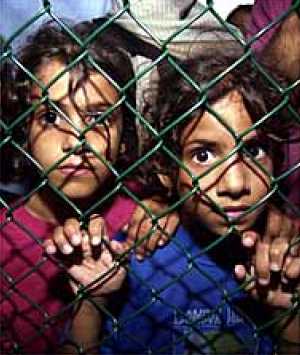 Asylum seekers, or “boat people” constitute the most contentious issue facing Australia right now. Prime Minister John Howard said “We will decide who enters Australia…” and after that very few “illegals” attempted the journey. Prime Minister Kevin Rudd, in a show of humanitarianism, reversed that policy. Prime Minister Julia Gillard continued with Rudd’s liberal “Let ’em in” idea. The result was 1,100 (that we know of) people drowned. When the policy was reversed back again, thousands of hopefuls ended up on Christmas Island or were transported to PNG and Manus Island to vegetate.

This is what happens when caring but unthinking people fail to engage their brains and make decisions based on compassion minus logic.

I refer to boat people as “illegals” because most of them are Muslims who, IF they were in danger, reached the safety of the safest, most democratic Muslim country in the world – Indonesia. Indonesia welcomed them without even asking for visas. “No documentation? No worries mate, inya come…” Out of harm’s way, Indonesia’s new residents paid people-smugglers large sums of money to transport them from a democratic Muslim country to a secular/Christian country where they would be way less welcome.

Anyway, regardless of that, we now we have an impossible situation. If the government grants asylum to the illegals then the boats will once again start chugging towards Australia. If we keep the illegals locked up everyone suffers and Australia earns a reputation as a heartless nation. I have a solution that will be ignored by all because it makes sense. We have two major political parties and one minor political party. The one thing they each have in common is a fear of anything that makes sense. And so this will probably go nowhere.

Here is my solution to the problem, written a year or so ago. Click on Little Mecca