Posted by Palamours on May 25, 2014
Posted in: Uncategorized. Leave a comment

It’s way past time for something completely different!

“Brilliant speech by Bill Shorten – his best ever but he didn’t finish it.
He left out the bit about Labor’s alternative remedies. We heard nothing
about tax-free family trusts, nothing about off-shore bank accounts, nothing
about early retirement of politicians and their numerous perks, nothing about
superannuation concessions for the rich and nothing about negative gearing.
C’mon Bill, get a wriggle on, time’s a wasting.” 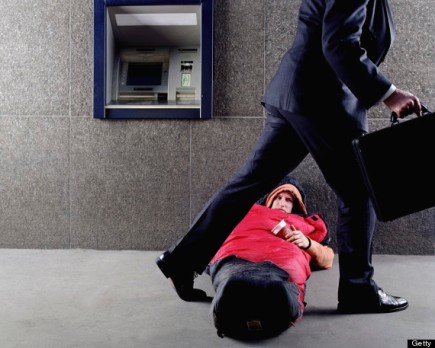 Greetings from Sunny Dundas! Dundas, in case you don’t know, is a pleasant suburb east of Parramatta and west of Carlingford. Many of the people who live here will be hit hard by Tony Abbott’s bully budget. It is a budget designed to hit the poor and the struggling while allowing the wealthy, the super wealthy and ultra super wealthy off scott free.

Most reasonable people accept that something needs to be done to fix the deficit, but only a rotten bully would dump the burden on the shoulders of those who can afford it least. Abbot and Hockey will argue that they’re going without a pay rise for one year. They must think we’re stupid. Shortly after the alleged sacrifice the gaggle of overpaid accountants who determine the earnings of politicians will say, “Well, those poor struggling Members of Parliament went a whole year without a pay rise so we’ll double it this year.”

Besides, those voracious parasites – politicians – aren’t giving up much right now. They’re not being hit one brass ha’penny at the moment. It’s being left to pensioners, the sick and disabled, sole parents, the unemployed and low-end earners to fix the problem.

Seriously, how much do you think this budget will hurt Gina Rhinehart, or James Packer, or Clive Palmer, or Frank Lowy*, or Eddie Obeid, or Gerry Harvey, or John Singleton? Those people and thousand more like them will do what they always do – employ top accountants to minimise their tax, reduce it to as close to zero as possible. What with their overseas bank accounts, their family trusts and their stables designed to run at a loss, these parasites live off the fat of the land while being subsidised by the ordinary working people of Australia.

That’s how it’s meant to be.

*Frank Lowy’s ‘Westfield’ group pays just eight cents in the dollar tax. Eight cents. Most small businesses within his shopping centres have to pay tax at the full rate. The big ones like Woolworths are probably on the same legal fiddle that he’s on. 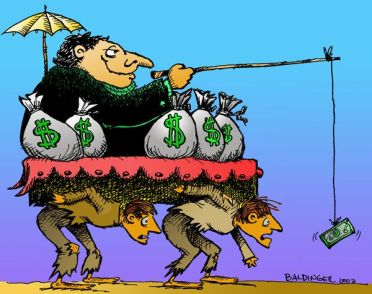 The whole tax system was set up to favour the rich at the expense of the poor. The idea was – so long as PAYE mugs have enough money for beer, smokes, pokies and a bit left over for food, they’ll shut the fuck up while we rob them blind. And let’s face it, it’s worked really well for the multi millionaires and billionaires of this country.

It’s taken a brutally cruel budget for Australians to wake up. And wake up we must.

The Maverick Alliance (and by the way, that name might change) favours dumping all the old corrupt tax laws and starting afresh. Begin with a blank sheet. Those people who can most afford it pay the most, not as it is at the moment, pay the least. And no, I’m not a Communist. I’m all in favour of free enterprise. I’ve run my own business and enjoyed the freedom such a lifestyle bestows. But I wasn’t big enough to avoid tax. There were one or two worthwhile perks like a company car that was mostly for private use but generally speaking I wasn’t in the big league where I got off tax free. I, along with my staff, had to subsidise the kings, queens and barons of life (and I don’t mean you, Carlotta).

Abbott and Hockey are fond of saying things like “We’ve all got to share the load” and “The age of entitlement is over”. Hey, for once we agree – let’s call an end to the age of entitlement. And those who demand the biggest entitlements must be hit the hardest. Yes, let’s work towards that “level playing field” they’re fond of quoting.

This is THE BIG LIE! Never mind all the broken promises. The Big Lie is the one that says we’re all sharing the burden. How can anyone earning three or four thousand (tax minimised) dollars a week look a struggling mother in the eye and pretend we’re all doing it tough? How they must laugh. How contemptuous they are of ordinary Australians.

The first thing we would do if ever we rose to power is slash politicians’ earnings in half . We would dispense with most of their perks while they’re in office and all of their perks once they’re out of office. Some people claim that politicians aren’t paid enough. Poor things need more. Wrong, our prime minister earns more than the Canadian prime minister and the British prime minister, for far less work and responsibility. If you want to see what our pollies get away with, check our Pigs in the Trough page. We’re always hearing how our politicans could earn far more in industry and commerce, well, some might, but the majority would be hard pressed finding employment as bus drivers or check-out chicks.

They did well at school, went onto university, got a few grades, maybe worked for a year or two as teachers or trainee accountants, then went straight into politics. It’s due to this absolute lack of understanding of how things are in the real world that we get a bully budget like the one just introduced by Abbott and Hockey.

We need change and we need it urgently. I’m not just talking about a recycling of the same old, same old, because that means little or no change. I don’t see Bill Shorten changing anything. He’s a nicer bloke than Tony Abbott but he doesn’t have the courage, the oomph or the where-with-all to make radical changes. Under Bill Shorten’s Labor the entire rotten system will remain intact, unaltered. I’m talking about a change in the way Australia works. I’m talking about non-violent revolution.

Bruno McCartney – a thinking nobody